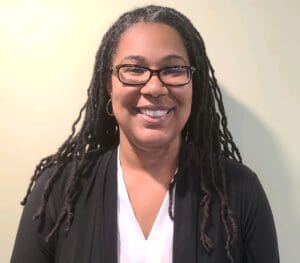 Burroughs earned her Bachelors of Arts in Comparative Literature and African American Studies from Columbia University and her Master’s in Public Administration and Urban Education Leadership from Rutgers University. Ms. Burroughs began her career in education as a high school English teacher and member of the Teach for America Corp in Newark, N.J. She has since taught all levels of high school English as well as served as an Instructional Coach, Dean of Culture, and Vice Principal.

Today, Ms. Burroughs serves as the Director of 6-12 Literacy for the CAPS network. In this role, she is responsible for the development and successful implementation of the literacy curriculum and supports building leaders in the ongoing development and support of teachers. She currently serves on the Academic, Executive, and PD committees and helps steer CAPS programs in a way that extends well outside of her specialty area of literacy.  Ms. Burroughs is highly valued among staff in the CAPS organization for her candor and her fun, lighthearted approach to professional collaboration, all while balancing attention to academic rigor. 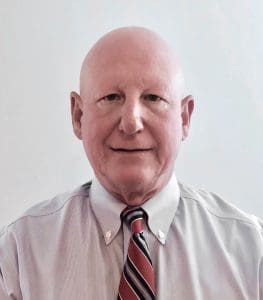 As Chief Financial Officer for CAPS, Mr. Corso is responsible for all of the financial aspects of the organization as well as the coordination of all financial and operational functions at each of the three CAPS schools. 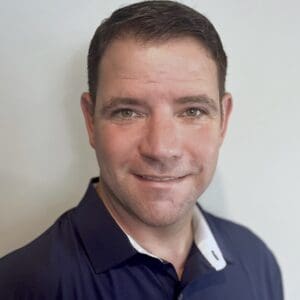 Mr. Costello began his career in education as a special education teacher in K-8 classrooms. He later transitioned to high school as a social science teacher; serving also as the social science department chair of his school. In 2009, under Mr. Costello’s leadership, the department achieved the second highest growth in the state of California. His own scholars also passed AP exams at far higher rates than in other AP programs on his campus. Mr. Costello was awarded “Educator of the Year” at two different organizations, and he has also been honored for his excellence in coaching educators.

In 2015, Mr. Costello joined the CAPS team as a consultant.  In 2020, James took a more extensive role with CAPS, overseeing grades K-12 humanities. He currently serves on the Academic, Executive, and PD committees, leads our social studies and ELA intervention programs, and directs the AP program. Mr. Costello is highly valued among his colleagues for his ability to look at problems from many angles and make connections among various CAPS programs.

While working full time for CAPS, Mr. Costello also maintains relationships with other organizations, including both Catapult Learning and Leverage Learning, where he is valued for his ability to combine expertise in a range of education areas, including social studies and early literacy. 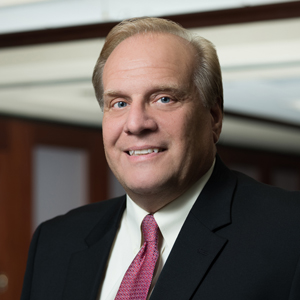 As Chief of Staff for CAPS, Mr. Hespe guides the organization on a range of issues, including policy, compliance with state regulations, school funding, and our major initiatives.

Mr. Hespe is a widely respected education policy leader and lawyer in the New Jersey education community. Mr. Hespe was twice appointed Commissioner of the New Jersey Department of Education, serving between 1999 and 2001 and again between 2014 and 2016. In this role, he worked to increase early childhood education programs, opportunities in urban school districts, and use of technology in the classroom. He also sought to cut red tape, enhance teacher training, and improve professional support. Previously, Mr. Hespe served as the President and Chief Executive Officer of Burlington County College from 2012 to 2014. His career includes numerous other roles, including Chief of Staff to Education Commissioner Christopher Cerf, Interim Co-Executive Director of STEM education at Liberty Science Center, Interim and Assistant Superintendent of Schools in the Willingboro School District, and other roles at Rowan / Burlington County. 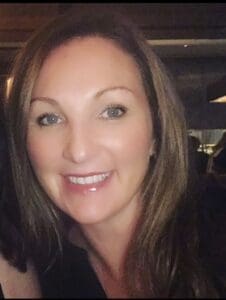 Mrs. McInerney began her career outside the education world, on Wall Street. Working in the legal advisory department at Merrill Lynch Asset Management for over a decade, she held a VP role in her final years. However, having grown up in New Jersey, and having a strong desire to work with young people, she changed careers. Earning an M.A.T. at Monmouth University, she joined the staff of St. Catharine’s in Spring Lake, where she taught both grade K and middle school English. Earning a second master’s degree at Seton Hall in Education Leadership Management and Policy, she continued her education career at her alma mater, St. Catharine’s Elementary School in Spring Lake, NJ,  becoming Assistant Principal. She has also served as an adjunct professor at Brookdale College.

Mrs. McInerney had already been part of the Asbury Park community for many years, where she and her husband, Tim, owned and ran multiple businesses and raised their seven children. So, when the opportunity arose to lead a new school in town, entering its second year, it was an easy decision. Ever since, CAPS Asbury has been under the leadership of “Mrs. Mac” (as she is called by many scholars, family members, and staff).

An unhesitating manager and aggressive problem solver, Mrs. McInerney’s leadership is built around a strong passion to provide high-quality education to young people who live in places that are often unfairly underfunded. With a practical, down-to-earth style of collaboration and decision making, Mrs. McInerney ensures on a day-to-day basis that CAPS Asbury remains a supportive community where all staff, scholars, and families feel valued and connected, especially during difficult times. In the spring of 2022, her role expanded to Chief Operating Officer, both coordinating the operations leaders of the schools but also overseeing the “Summer of a Lifetime” (SOAL) program.

Mrs. McInerney and her husband, Tim, are the proud parents of 7 children. As a longtime athlete with a particular love for basketball, she is the school’s biggest sports fan! 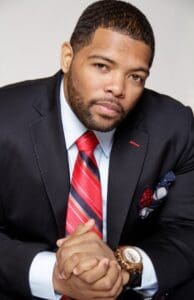 Dr. Mills, born and raised in Paterson, New Jersey, always possessed a fervent affection for providing urban youth with an alternative perspective on life. As a high school student, he quickly acknowledged the significance of becoming an educated African-American male in his community. He sought empowerment through education, discovering its significance to personal and societal development.

After earning a B.S. degree in Math Education from Montclair State University, Dr. Mills began teaching math at East Side High School in Newark, New Jersey. While working full-time, he earned a Master’s of Educational Leadership at American Intercontinental University and later a doctoral degree in administration, policy, and curriculum from Seton Hall University. Later, at Malcolm X Shabazz High School in Newark, Dr. Mills served for two years as Math Department Chairperson and one year as Vice Principal. At the age of 27, Dr. Mills was made Principal of this school, one of the most troubled in the Newark Public Schools District. With a history of low-test scores, MXS was threatened with the possibility of closure. Dr. Mills formulated a strategy of education reform, using his strengths as an accessible and relatable leader to recreate a safe school atmosphere where students and staff believed again in themselves, their school, and in education. Under his leadership, test scores drastically improved. School pride and a sports culture were also restored. The school’s turnaround has been featured in the Sports Illustrated award-winning series “Underdogs,” NBC’s “Positively Black,” an Emmy award-winning documentary “Saving Shabazz” produced by NJ.com, and articles by The Atlantic, Fortune, and Crain business magazine.

Dr. Mills not only serves as Executive Director of CAPS Paterson but also leads Academics across the CAPS network. 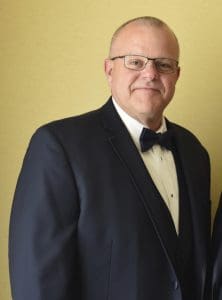 Mr. Parry currently serves as the Facilities Director for College Achieve Public Schools. In this role, he is responsible for assisting with new leases and property expansion, managing maintenance contracts, and overseeing construction projects conducted at all College Achieve campuses. Prior to joining CAPS in 2018, he spent nearly 30 years working as the Property/Project Manager for the Durst Organization. In this role he was responsible for managing the construction and maintenance on some of the tallest and most energy efficient buildings in New York City!

When Mr. Parry is not at work, he enjoys DIY projects around the house and spending time with his wife and two daughters.

:: Finding New Ways to Teach during the Pandemic >
:: Black Lives Matter: Letter to the CAPS Community >

With unending passion for learning and with unwavering optimism, Mr. Piscal’s leadership is the heart of CAPS. A long-time educator and New Jersey native, Mr. Piscal worked together with local business leaders and educators to create CAPS as a choice for parents who want to prepare their children for college and career. Since its inception, the organization has grown quickly and steadily under his continued leadership.

Mr. Piscal’s work has been featured in the New York Times, NY Daily News, Wall Street Journal, Los Angeles Times, and Good Morning America. His schools have received support from leaders in the community, including Magic Johnson and New Jersey’s own Brian Taylor of Perth Amboy and Princeton University fame. 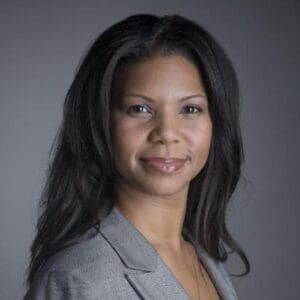 Ms. Ravare joined the CAPS organization in July 2022 with over 20 years of experience in charter school management and charter school policy development.

Earlier in her career, Ms. Ravare led regional advocacy efforts in Los Angeles for the California Charter Schools Association, where she also served as the founding Executive Director of Families that Can, a statewide advocacy organization engaging and empowering charter school parents.  Ms. Ravare also served as the Senior Vice President at ICEF Public Schools, a successful network of charter schools serving South Los Angeles.  Ms. Ravare is a certified Charter School Business Manager.  She is a Pahara-Aspen Education Fellow and received her Bachelor’s from UC Berkeley.

Ms. Ravare also serves on the board of CharterFolk, a national non-profit organization dedicated to advancing the charter school movement to improve education for all students.